The Bund is one of the most recognizable architectural symbols of Shanghai. It showcases the world with its colonial European buildings and skyscrapers the other side of the Huangpu, housing one of the world’s foremost business districts.

The Bund was Shanghai’s most prosperous area in late 19th century and early 20th century. When the first British company opened an office at the Bund in 1846, it became the epitome of elegance.

The Top 20 Things to Do in Shanghai

Shanghai, China’s largest and most prosperous city, exudes an atmosphere of self-confidence and vitality. For those reasons alone it’s worth a visit. Unlike places featuring ancient, imperial, or scenic attractions,
Shanghai has its own unique and spectacular range of more-modern highlights. Below are the top things you should do in Shanghai.

1. Admire the classic skyline at the Bund 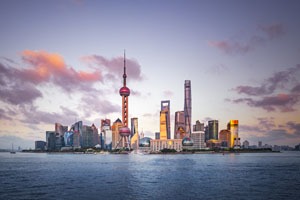 The Bund is undoubtedly on the top of list of things to see in Shanghai. The Bund displays Shanghai’s classic skyline views of colonial architecture and skyscrapers along the 500m wide Huangpu River, which dissects the city into two.

You can stroll along the Bund, or take a Huangpu River cruise to enjoy the city skyline. The Bund Sightseeing Tunnel offers a unique but pricey way to cross the river. 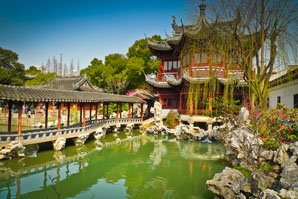 Not far from the Bund, Yuyuan is the most revered and the only surviving Ming Dynasty garden in Shanghai.

It has become a city highlight due to its beautiful scenery, characterized by decorated bridges, colorful pagodas and intimate enclaves separated by “dragon walls” — partitions with dragon decorations on top.

Insider tips: It is a beautiful garden but is often crowded with people. Your tour will be enriched if you have a tour guide to explain some of the garden’s history. 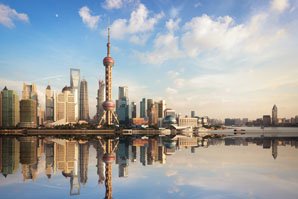 On the Oriental Pearl TV Tower, not only do you get to enjoy sitting inside a revolving hotel in this revered and outstanding landmark, but you also get to see Shanghai metropolis from a “Space Module” — the highest observatory level set at 350 meters (1,148 feet) above the ground.

The attractive building has 3 legs, 11 spheres and 15 observatory levels. Get to know the city via the various artifacts exhibited at the Shanghai Municipal History Museum located in this building.

Insider tip: This attraction is often crowded with tourists, especially during weekends and holidays. It is not unusual to queue for 1–2 hours. Try to arrive early.

4. Bird’s-eye view the city from the Shanghai Tower 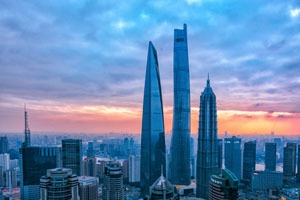 The highest building is the Shanghai Tower.

The Shanghai Tower, the highest building in China and the second-tallest building in the world, is an increasingly popular place to admire a bird’s-eye view of the entire city of Shanghai. Another draw is that it has the fastest elevator in the world, which will take you up to floor 119.

Many of our Shanghai tours include the Shanghai Tower instead of the Oriental Pearl TV Tower because it is taller but has a shorter queue.

5. Walk and Shop along Nanjing Road 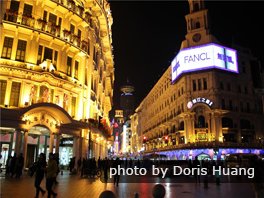 Famous Nanjing Road is an equivalent of New York’s Fifth Avenue. Get a taste of bustling Chinese commerce where retailers from all over the world display their products on streets.

Tourists admire the different buildings with attractive architecture. Looking down is also interesting: learn the city’s construction history from the attractive 37 Manhole Covers.

6. Stroll around in a Watertown — Zhujiajiao

Zhujiajiao Water Town is one hour from central Shanghai. You can choose to stroll around by foot to admire the numerous fascinating canals, bridges and architecture in this old water town in Shanghai.

Alternatively, you can take boat or ferry rides. The shortest ride takes you up and down the main canal in the middle of the town while the longest takes you around the town and back. 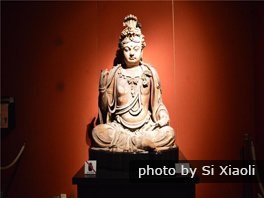 Located on the People’s Square near Nanjing Road, the “glassy” Shanghai Museum has a large collection of rare cultural relics — over 120,000 pieces. For example, artifacts include over 400 beautifully-decorated bronzes.

Some exhibits have English descriptions, including the Ancient Ceramics, Ancient Bronzes, and Ancient Sculptures. Read more on Shanghai Museum.

Shanghai Urban Planning Exhibition Hall is a great visit if you want to learn about modern Shanghai and see how the city will look like in 2020 and years to come. 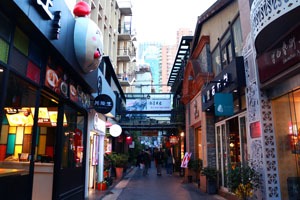 Tianzifang is a tourist shopping and café area in Shanghai in the old French quarter. It’s good for souvenirs and unique cultural shops that sell products relating to tea therapy.

Xintiandi, compared to Tianzifang, is a better-known redevelopment within the French Concession that is used for shopping, gourmet restaurants, and luxury stores.

Due to this, Tianzifang has a lot more character. It is truly a haphazard labyrinth of narrow alleyways and shikumen. Residents still live in the apartments above the shop units.

9. Have fun at Disneyland Park 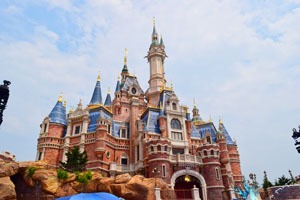 Shanghai Disneyland Park, the first Disney theme park in mainland China, blends the magic of Disney and unique cultural elements of China. There are six themed lands in the park.

On entering the park, you will be captured by the feeling of being in another world with countless excitements and adventures. It is a good place to visit with family and friends to spend a whole day or two days.

We’d be glad to arrange for you a Shanghai family tour including Disneyland.

10. Take a ride on the Maglev — the world’s fastest train 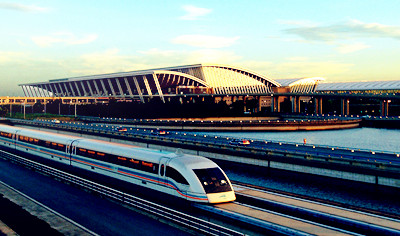 A ride in the Maglev train from Pudong Airport to the city center is a perfect way to feel super-modern Shanghai.

At 431 kph (270 mph, twice the speed of a theme park roller coaster), this air-conditioned, super-clean, magnetically-levitated train covers 30 km (19 miles) in only 8 minutes, though you hardly feel you’re moving!

Visit the Maglev Museum to understand the engineering feat and its history. Address: Maglev Longyang Road Station, floor 1. More on the Maglev. 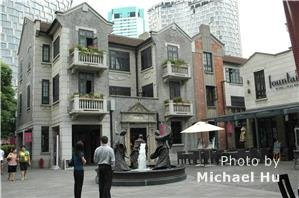 The old buildings of Xintiandi house fine dining and shops.

Shanghai has a lot of old European architecture. The Europeans built many buildings in various national styles and in the styles of various historical eras.

The best areas for European-built buildings are the Bund where grandiose business and government buildings line the river and the French Concession area where there are numerous residential buildings in French style amid tree-lined avenues.

Xintiandi is a residential/business area that has earned fame for preserving the old architecture while transitioning to be a luxury shopping and dining area. Inside the buildings, there are vintage shops, antique wares, and traditional restaurants. The gorgeous architecture is a fine backdrop for dining. 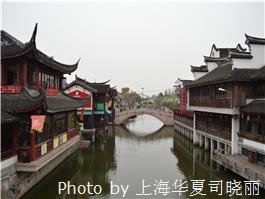 See traditional Shanghai — gardens, pavilions, and narrow stone lanes give a taste of traditional China in Qibao. The dainty Chinese residences are a contrast to the stolid European architecture of the foreign concession areas.

It is an old Chinese residential area that was built about 1000 years ago. It is a place to get away from the hectic modern city and see the two square kilometer area crossed by two water lanes.

You can relax, dine on Shanghai cuisine and enjoy Chinese teas in traditional teahouses. Around the water lanes, there are preserved traditional houses, gardens, temples, shops and restaurants to explore.

13. Experience a thrill — The Sky Walk 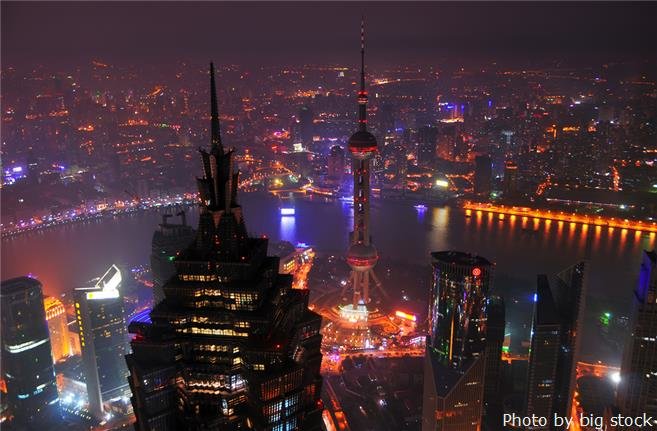 A walkway with no handrail opened on the Jin Mao Tower in 2016. What is unique about this skywalk is that on the glass precipice, there are no rails or fences. The walkway is 340 meters (1,115 feet) high and 60 meters long, and a harness is provided for safety.

Inside on the 88th floor, there is also a large observatory where you can see the sights of Shanghai out of the elements. You can dine, enjoy a refreshment, and enjoy the view from the Grand Hyatt’s restaurants and coffee shop on the top floors.

14. Enjoy the Century Park and Exercise 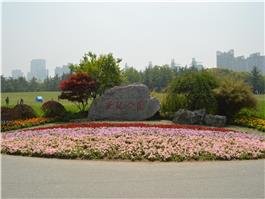 Century Park is the largest park in Shanghai. It is close to the area of Pudong where the skyscrapers are, so if you want some exercise, sun and to see some greenery, it is the best place to go downtown.

It has a lake where you can rent electric boats. You can jog and ride bicycles too on the interesting paths that wind among beach areas, gardens, and lawns.

15. Take a leisurely walk into the past 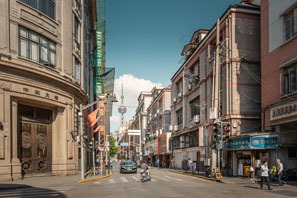 Shanghai Old Street is a place to see what Shanghai looked like 100 years ago. It is a movie set, and you may see movies or TV shows being made.

This street appears to be frozen in history. Walk around the old street at a slow pace like the people living there, and you’ll find souvenirs, antiques from the past, and various entertainments such as Chinese shadow puppetry that was a favorite of the Chinese in the past before movies. 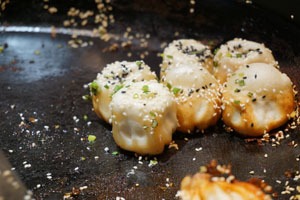 Food is everywhere from every corner and from all kinds of Chinese and international restaurants. You find everything from authentic local snacks and street food to Michelin-starred restaurants.

As a rule, Shanghai cuisine is made to be sweet and refreshing, so the dishes are good for people who don’t like spicy or heavy greasy food. Some exquisite snacks may attract your kids. 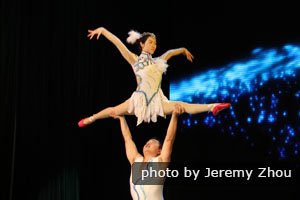 Tourists enjoy a variety of domestic and international live performances, dances, music competitions, shows and acrobatics at this venue.

Examples of lively animal performances featured in the Happy Circus World include performances by sea lions. Another performance is cockfighting.

18. Bird’s-eye view the city from the World Financial Center 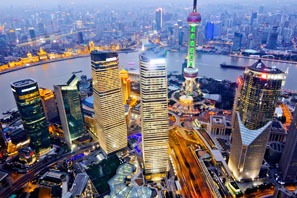 Bird’s-eye view the city from the World Financial Center

There is a popular glass-bottom observation deck on the 100th floor at 474 meters (1,555 feet) for sightseeing and a Park Hyatt luxury hotel. It is the 12th tallest building in the world, and it was the tallest in Shanghai until 2014.

Witnessing the sunsets and sunrises from this observatory is recommended. Fine restaurants on the top floors also have fine views.

19. Cruise along the Huangpu River on your way to The Bund 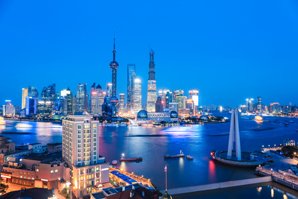 An evening boat or ferry cruise on the Huangpu River is the most recommended method of exploring the colonial buildings in The Bund on one side and the skyscraper skyline in Pudong on the other side.

20. Use Shanghai as a base for exploring the rest of China 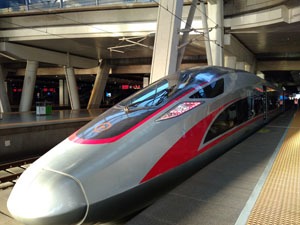 Shanghai has one of China’s largest international airports, Pudong Airport, which allows you to easily come and go from China. Shanghai’s second airport, Hongqiao Airport, only 20 minutes from the Bund by taxi, is a large domestic airport doubling your regional travel options.

Shanghai has several bullet train stations serving fast train lines that can get you to faraway places such as Beijing, Xi’an, Guiyang, Guilin, Guangzhou, Shenzhen, and Hong Kong… all in a day’s travel. For example, from the main bullet train station, the Hongqiao Station next to Hongqiao Airport, you can arrive in Beijing in less than 6 hours.