The giant panda is not only deeply loved by the Chinese, but by many foreigners too, and not just children. Although there are many zoos in China and elsewhere, where you can see a giant panda, the best place to see them is Chengdu — the giant panda’s “hometown”.

There are three places you can see pandas close up: Chengdu Panda Breeding and Research Center, Dujiangyan Panda Valley, and Bifengxia Panda Base.

Chengdu Panda Center is in the north of the city, and is more established. Bifengxia Panda Base is 2 hours from Chengdu, has more pandas, and you can see pandas more in their natural habitat. You can get even closer to the pandas by taking a volunteer program in Bifengxia or Dujiangyan Panda Valley, an hour outside Chengdu. 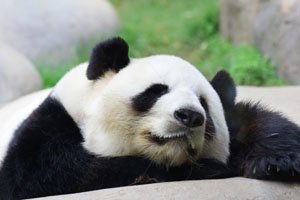 When we think of giant pandas, we think of lovely black and white bears. They are cute and have many fans all over the world.

But do you really know pandas? The following are 13 fascinating facts to help you know more about them.

1. A giant panda is much bigger than your teddy bear. 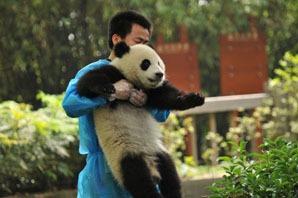 Giant panda looks cuddly and cute when you search for photos on the internet. But it’s much bigger than you think.

2. Giant pandas are good at climbing trees and can also swim. 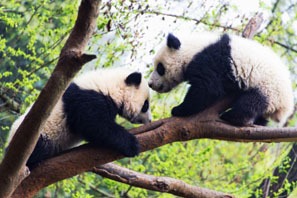 Giant pandas can’t stand and do kung fu moves like Po in Kungfu Panda. But they are good tree climbers. They can climb trees from 7 months old.

Giant pandas are bears, and like other bears, they can swim.

3. Pandas go from pink to white and black (or brown). 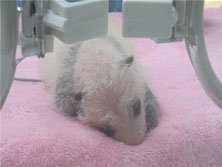 Pandas are born looking like baby badgers — fur-less, pink, and blind. The iconic black and white colour comes later, after about three weeks.

Not all giant pandas are black and white! A few are brown and white, but these are very rare.

4. Pandas are “lazy” — eating and sleeping make their day. 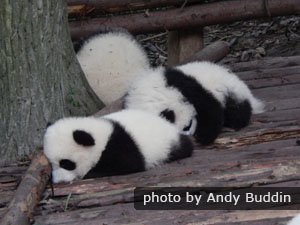 As about all a panda does all day is to eat and sleep, you are best to get up early for a visit to a panda park, so you see them when they are active.

They spend as long as 14 hours eating per day, and spend the rest of their time in sleeping.

In the wild, the giant pandas sleep for 2 to 4 hours between its two meals.

Click to learn the best time to see pandas. 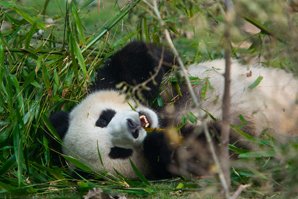 Pandas’ favorite food is bamboo shoots. If you do the Panda Keeper Tour, you can experience to weigh and clean bamboo, and feed pandas. 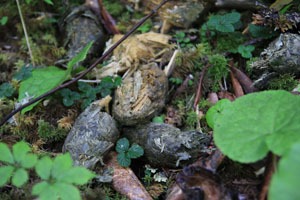 Pandas can poop as much as 28 kilos/day. In the past the undigested bamboo pieces in the poop were made into picture frames and bookmarks — no, apparently they did not smell!

Panda’s poop points in their direction of travel, so they can be easily tracked in the wild. Unfortunately, historically this led to them being more endangered, but now it aids researchers.

7. Pandas have carnivorous teeth, but they eat bamboo and fruit. 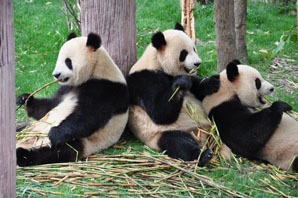 Since giant predators like sabre-tooth tigers are no longer around, pandas didn’t need to be as fast, and turned into vegetarian specialists to avoid becoming extinct themselves.

We all know them as eating only bamboo, but they like some fruit too, and can eat meat. One panda park we visited had a photo of a panda devouring a vulture.

Although they still have sharp teeth and the digestive tract of carnivores, they don’t have the energy to chase anything, so their prey would virtually have to land in their lap, or be injured and too slow to escape.

8. You can see panda babies in August. 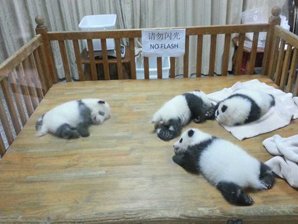 Pandas are usually born in August, because the panda’s mating months are March to May and gestation is 3 to 5 months.

Females mainly produce two offspring, but only the stronger one survives in the wild.

In the research bases in Chengdu, the other twin is hand-reared, and swapped regularly with the mother so she can raise two cubs each pregnancy. Some of the money you pay in entrance fees funds this successful project.

If you want to hold a baby panda and experience to feed it, join our baby panda volunteer program. 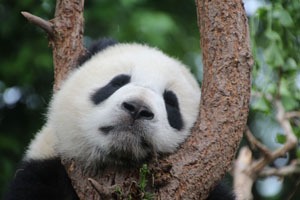 Panda families don’t live together. They are solitary, each female having a well-defined range. Males generally live apart, except for in the short breeding season (March to May), when they compete for female attention. Females raise the cubs alone.

10. Pandas do not hibernate.

Unlike most other bears, pandas do not hibernate during winter. In winter, they head lower down mountains for warmer weather.

One reason is that they mostly eat bamboo which doesn’t make them fat enough.

11. Prehistoric pandas lived up to 2 million years ago.

Fossils of pandas have been dated between 1 and 2 million years old. Once pandas were widely distributed across the whole of China. Now they only live in the wild in remote areas of China’s Tibetan foothills. 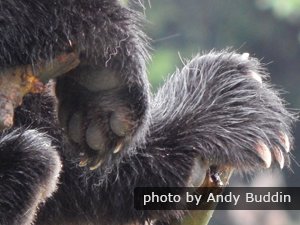 Pandas have a 6th “digit” on the heels of their fore-paws.

With their extra “thumbs” they can manoeuvre the bamboo into fat cigar shapes for efficient eating.

13. Strange behavior! Pandas like to lick copper and iron. 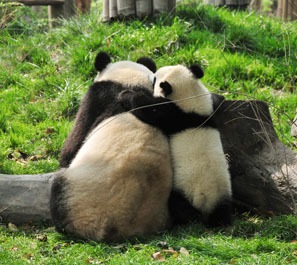 “Pandas are said to have a predilection for copper and iron. They really seem to enjoy licking every scrap of food from their metal bowls, even turning the bowl in their two dexterous paws. “